Within a month of returning from Costa Rica my next trip solidified like quick-silver beads coming together. It is magic when it happens, all these little pieces shattered all over the globe go THUK to me,  like I’m a magnet. Obviously  I did not get much time to mourn the end of my Costa Rica adventure when I was plunging into all things Thailand!

For years I have felt the pull toward the land of smiles for a number of reasons:

1. It is primarily a Buddhist country 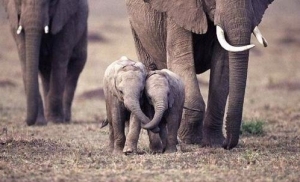 Now I know that amazing Africa has elephants –  freaking big suckers! But there is more of an opportunity to volunteer at rescue centers because of the kind of abuse they suffer in that country. In Africa they shoot and hack, so for me to help would mean arming me… and that wouldn’t end well for anyone. But there’s always next year. :-}

If there was an organized religion that I am drawn to it would be Buddhism with their commitment to peace, harmony and breathe, all things I aspire to… not that I am near achieving them (see gun reference) but hope springs eternal. The quandary is: if you are a Buddhist how can you treat animals so abysmally? For example, to domesticate  baby elephants Thais beat the crap out of them. They also cram dogs into pens and slaughter them for meat in the most brutal manner. When I hear stories of Buddhist monks not stepping on worms, how can I reconcile these images? How do they? I guess the problem is that I hold Buddhist to a higher expectation than I do Christians, whom I have accepted that a large segment are dangerous hypocrites who sadistically enjoy beating the crap out of various people with bits of their book. As usual, I digress.

If I had to pick one cuisine to eat for the rest of my life it would be Thai. (Italian and Greek  a close second/third.) I am soooo looking forward to munching my way around that country!

The motivator for this trip (as if the above aren’t enough!) is to celebrate my 60th year on this earth. For someone who really really believed that she wouldn’t, couldn’t possibly make it to 30, 33 tops…. 60 is a bit of a shock. Actually every birthday after 33 was a shock. I did not prepare for this, though you would have thought by now I would have come up with a plan, and I guess I have. The plan being to find a country I am simpatico with and that I can afford to live in. I’m quickly realizing that 100% sympatico isn’t going to happen so I’ll settle for 40% and great beaches and good food… and cheap cost of living.

So the itinerary as it sits is:

4 days in Hong Kong with my amazing friends Kerry & Carla

3 weeks in Thailand where I will ride trains, volunteer at the  Elephant Nature Foundation, explore all manner of temples and jungles and plant myself on one of those infamous  Thai beaches that everyone goes on about ad nauseam. ( I really really want to be one of those people!)

THEN… as if that isn’t enough – I come back to Vancouver for 1 week to do laundry and make sure my bosses know I’m still alive and then I’m off for a week at Puerto Vallarta… with Kerry! I KNOW! How awesome is that? So sick. So buck.

I am so looking forward (duh) to Thailand, obviously because of the above reasons but even more so since I feel like I learnt heaps on my maiden solo voyage, unlike my other maiden voyage all these many years ago. (the details of which I will kindly not inflict upon you… right now) While the latter was all about pain and embarrassment, at least the former had a lot of pleasure as well. In Costa Rica I spent way too much time and energy in my head fussing with fear and not enough expanding my heart.

I am quite anxious about how I will deal with the blatant animal abuses that are rampant in Thailand (and everywhere else really).  I am going to try and stay grounded and muddle through the best I can… and I hear the Thai rum is cheap and good when muddling gets too much.

I would love to hear how you’ve dealt with this issue (animals and the rum) in your travels.

If you have any favorite “secret” places that would be a  crime to miss, jot those down in comments for me.

3 thoughts on “Buddhas, Beaches and Elephants!”